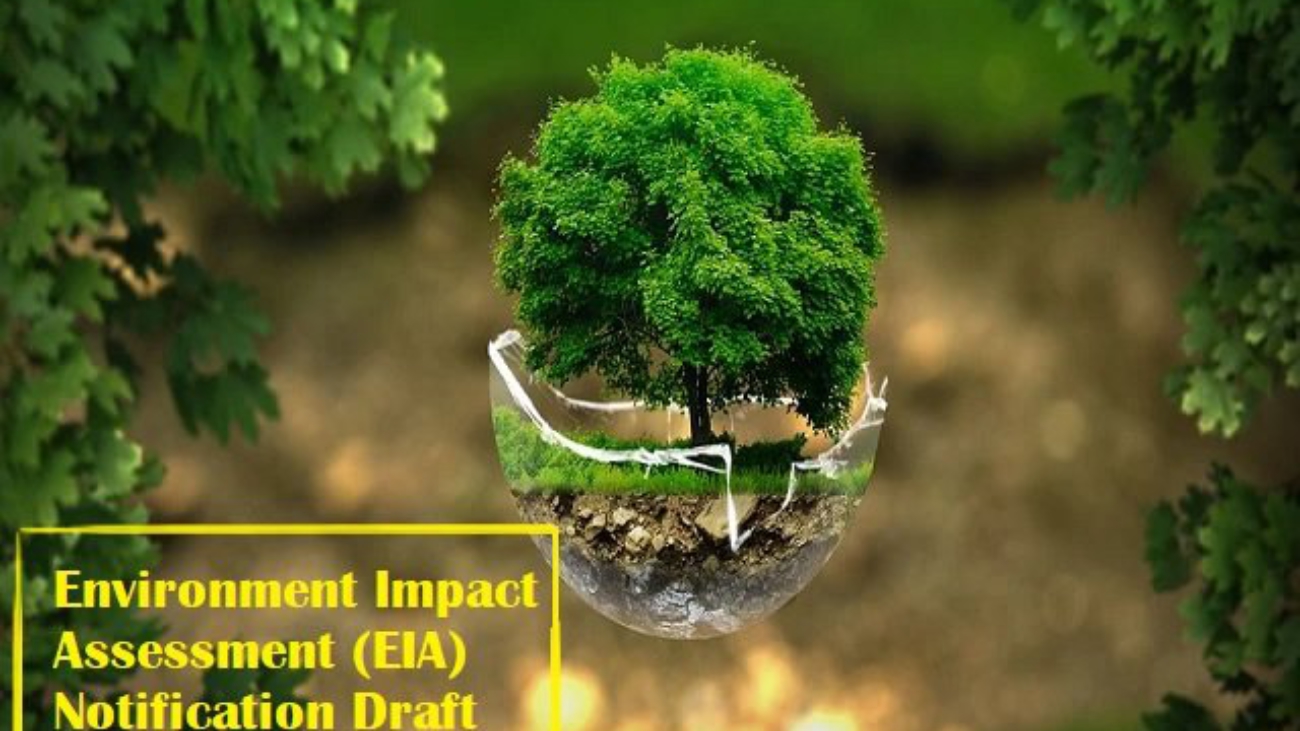 by Admin with 3 Comments Social

A government that harbour ecological and fundamental rights deterioration

India, as democracy is undergoing profound erosion of fundamental rights and environmental sustainability. Democracy is a farce if public voice and interests are stifled and sanctify only official narrative. Release of Draft Environment Impact Assessment (EIA), 2020 by the ministry of environment, forest and climate change reveals governments callousness as it endorses unbridled exploitation of the environment for corporate profit. Impertinent invoking of the Unlawful Activities Prevention Act (UAPA) indicates the insidious death of democratic freedoms. Protector itself is wearing the garb of a destructor is rendering a pessimistic picture for nations’ future. EIA is the machinery to check and prevent the detrimental invasion of corporate/individual into the environment. EIA, 2006 mandates scientific scrutiny and public consultation before approving a project, especially in eco-sensitive zones. Bhopal gas tragedy (1984) nudged the government to enact the environmental protection act, 1986 and EIA  first notified in 1994 as an integral part of the environmental protection law. Draft EIA, 2020 decouples the environmental checks and balances system from its fundamental objective and disarm the public to express their concern. At the same time, exploitation of anti-terror law to repress any and every form of dissent reflects growing intolerance in the country. A blend of fundamental rights and ecological deterioration threatens the sustenance of animal and human planet in the democratic republic.

Draft EIA incorporates changes that would unleash multiple chaoses for the environment and its tenants. The most cataclysmic impacts lurk in the removal of several industrial activities from the purview of public consultation. Sectors under the B2 category, which is of critical is bestowed with vile leeway to proceed with their activities without any legal barriers. Environmental clearance is no more a pre-requisite document to set up ecologically sensitive B2 category commercial/industrial entities. This includes offshore and onshore oil, gas shale exploration, hydro-electric projects up to 25mw, irrigation projects between 2000 and 10000 hectares, expansion of highways between 25km and 100km, specified building construction and area development projects, coal and non-coal mineral prospecting etc. For those sectors having the privilege of public consultation, the notice period for public hearing reduced from 30 days to 20 days. New policy trivializes violations and sharpen violators impunity and demolish the legal space for public or affected communities to express their antipathy. According to CAG (2016), about 5% to 57% of reports are non-compliant to the environmental protection norms, and violations are so rife in the river valley and hydro-electric and thermal power projects. The ministry truncated the reporting requirements from every six months to once a year and extends the validity for approvals in ecologically fragile sectors like mining.

The weakening of the pro-environmental checks and balance mechanism was on the anvil and not an expedite move. In March 2017, the ministry of environment, forest and climate change passed a resolution exonerating the violators. The resolution stated that projects functioning without EIA could apply for environmental clearance. The supreme court held up the status quo saying ‘post facto clearances are against the jurisprudence of the environmental law, and it is detrimental to the environment’. The provision of post facto clearing again reappeared in draft policy spurning judicial decree. Government incentivized comfortable ride for violators rebuffing the lethal repercussions symbolizes state’s insolence towards constitutional norms and ecology. The fallout of weakening the EIA regime and thereby breaking environmental balance is the disruption of healthy public life. The corollary of rejecting Gadgil’s promotion is the unlikely cloudburst in Kerala and the ordeal the public has to suffer. Global climate change steered by unrestrained human/corporate encroachments is the major fillip for the surging zoonotic diseases (do not forget the world is wretchedly battling a zoonotic outbreak). ‘We are heading towards a catastrophe by diluting the EIA. The entire Western Ghats constitutes only 5% of India’s geographical area. Of that, only 2% is deemed ecologically sensitive. One virus has closed down the entire world; now they should learn from it. If you further hamper the ecosystem, we will see more health hazards’, says T.V. Ramachandra from the Centre for Ecological Sciences, Indian Institute of Science. Centre’s bad adventurism vis a vis to the environmental sector undermines the goal of ‘sustainable development’ and make the earth an infernal planet for the posterity to survive. Rampant breakout of natural disasters and industrial accidents are the outcome of the rapacious interplay between human-corporate-government actions, activities and policies which is incongruent to environmental needs. A resident in Assam says ‘The alarming melting of Himalayan glaciers has resulted in large scale flood and erosion in the North-Eastern region and due to massive deforestation, Assam has been facing the main problem of flood and erosion. Moreover, it will lead to the loss of biodiversity, soil erosion, water resources, the fertility of agricultural soil, a decrease of groundwater level, pollution…..it will ultimately have a negative impact on health and economic activities in the region and lead to starvation, unemployment too’. Implementation of Draft EIA, 2020 implies dangling in the cliff and exacerbate the already flawed and vulnerable system.

The government is no more dearth of past tragedies to preclude a catastrophic blunder. India’s worst disasters erupted out of corporate encroachments and ensconcements ignoring socio-economic, health and ecological ramifications. Bhopal gas tragedy (1984), impingements of which created India’s environmental protection law caused severe damage to ecology and human livelihood. Leakage of methyl isocyanate gas from Union Carbide factory located in the Madhya Pradesh capital of Bhopal killed 3,787 people and injured 5,58,125 (official record). The recent outburst of noxious gas from an illegally operationalized L.G. polymer plant in Vishakhapatnam killed 12 people and sickened 100. On May 10, 2019, in an affidavit submitted as a response to a query from state EIA authority company admitted that ‘the unit did not have environmental clearance substantiating the produced quantity issued by the competent authority for continuing operations and was operating based on a consent given by Andhra Pradesh pollution control board’. A similar incident occurred in the state of Assam (Baghjan oil blowout), and experts cited callousness and deficiency in operating the entity. ‘We fear there will be more Baghjan like situations or mishaps if the draft EIA passed in its present avatar. It threatens people like us, living in eco-sensitive zones’, a resident of Baghjan said. The horrors of corporate impunity continue if the new EIA regime comes into force. State support in the form of regressive anti-people anti-environment policies facilitates corporate induced disasters.

Soaring intolerance is visible in the inappropriate imposition of UAPA against citizens. Friday for Future India, the Indian face of Greta Thugberg’s youth climate movement was charged with UAPA for sending too much mail to the minister of EFCc expressing concerns over Draft EIA, 2020. Notice from Delhi police claimed campaign details published on its website incorporated objectionable contents and constituted ‘unlawful activity or terrorist acts which are dangerous for the peace, tranquillity and sovereignty. Such fact fewer claims and allegations sound preposterous. Delhi also alleged that website contained “religious hatred contents or materials and deserve the imposition of section 18 (conspiracy or attempt to terror act) of UAPA. Acts of claiming religious hatred content in a pro-environmental website and flaks against anti-environmental policy penetrate terror lack rationale and sanity. ‘I still cannot believe it. Have we been accused of terrorism? The government asked for suggestions from the people of the country. We, as responsible citizens sent out our suggestions: what did we do wrong?’, a student activist from Delhi said. The authority also blocked the websites of Friday for Future India, Let India Breathe and There is no Earth B that launched online campaigns and open letter movement against the dangerous policy shift. Current dispensation is subverting the mettle of right to dissent to buck anti-people laws and policies.

Preventing environmental and livelihood loss is the hallmark of a robust EIA regime. In contrast to this principle, a hollow EIA mechanism encouraging environmental destruction is the infringement of Article 21 of the Indian constitution. Blind ecological intrusion fades citizens right to have ‘clean and healthy’ environment. The concept of a clean and healthy environment dies in a regime of greedy corporate-government nexus. Online clearance without public knowledge during pandemic and non-usage of the local language in the published notification (later rectified by the judiciary) violated constitution bestowed right to information. Measures to thwart public participation in industrial projects and programs aggravate the opacity in the system. Democracy is losing its face and citizens are being deprived of their status quo and would change into subjects or slaves in a quasi-democracy. States undemocratic adventurism like Draft EIA and UAPA would end up in ‘coffin for fundamental rights’ and ‘obituary for earth’.

Endeavours to approve anti-people anti-environment policy during a pandemic clampdown is reprehensible. State inaction to solve the hitches in environmental protectionism exposed by a global pandemic, natural disasters, and industrial accidents tarnish the true spirit of democracy. In Hanuman Laxman Aroksar v/s Union of India, 2018 Supreme Court states ‘public consultation is the intrinsic and instrumental character’. Environmental conservation and human rights are interdependent. Damage to the environment causes a severe blow to the basic rights of individual.  August 11, 2020 is the deadline prescribed by Delhi high court to take public indignation to the ministry. Public outcry is omnipresent. About 75 youth groups and hundreds of individuals commenced an online letter campaign, and a protest staged in Gandiipuram, Coimbatore against the deleterious notification. Introspection and the rollback of the policy is the need of the hour. Let us raise our voice and wait and see will public voice triumph over corporate schadenfreude and if not democracy is dead. 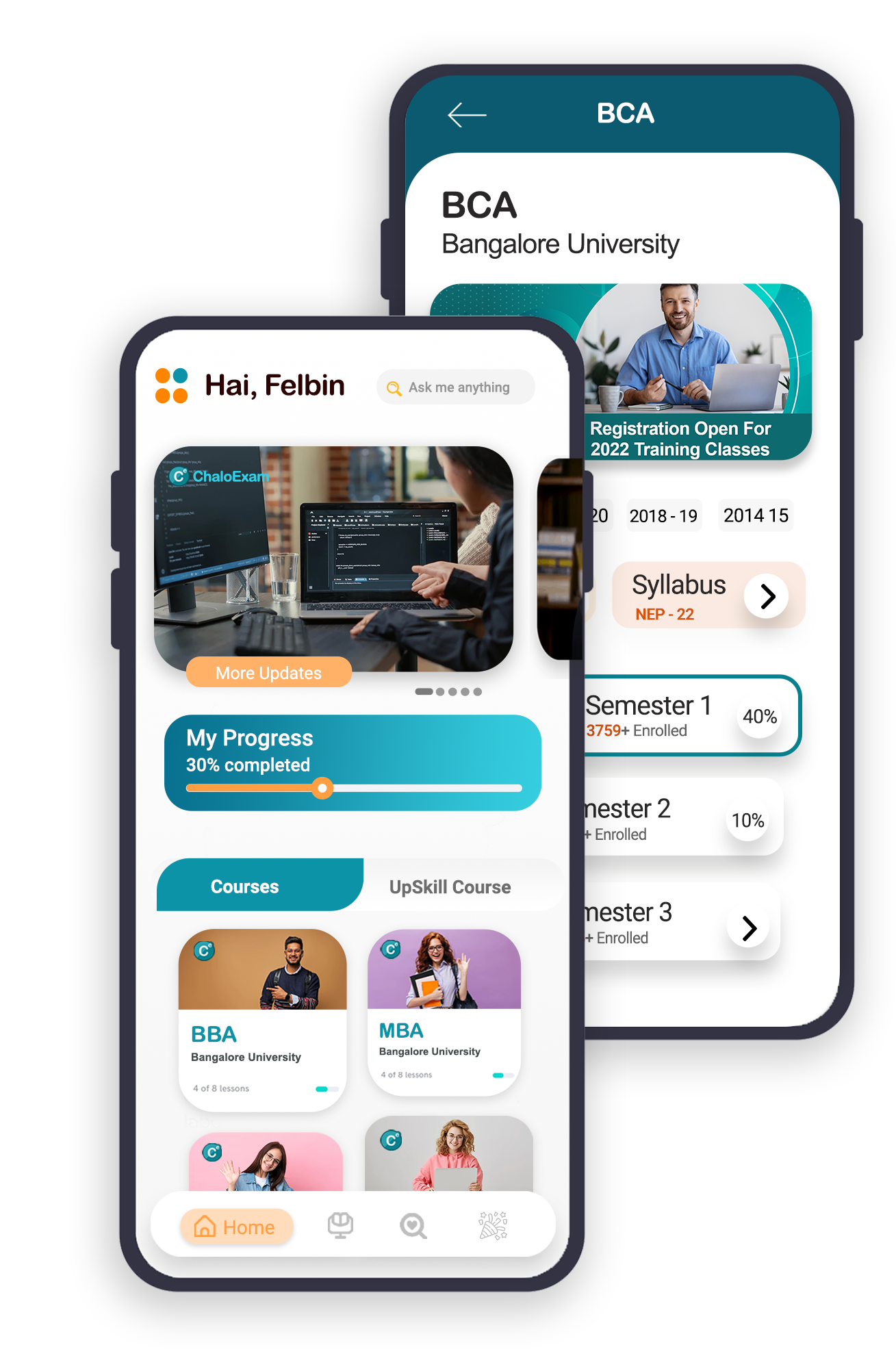 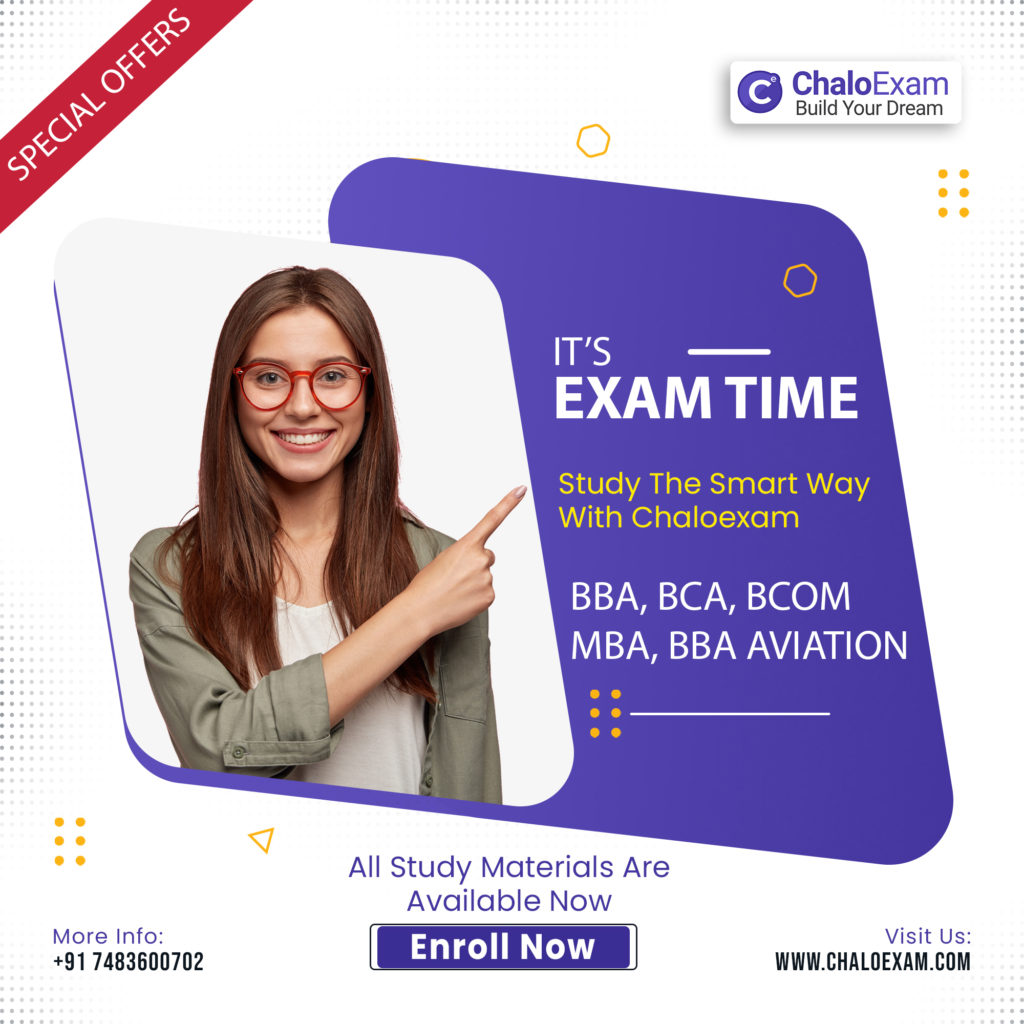 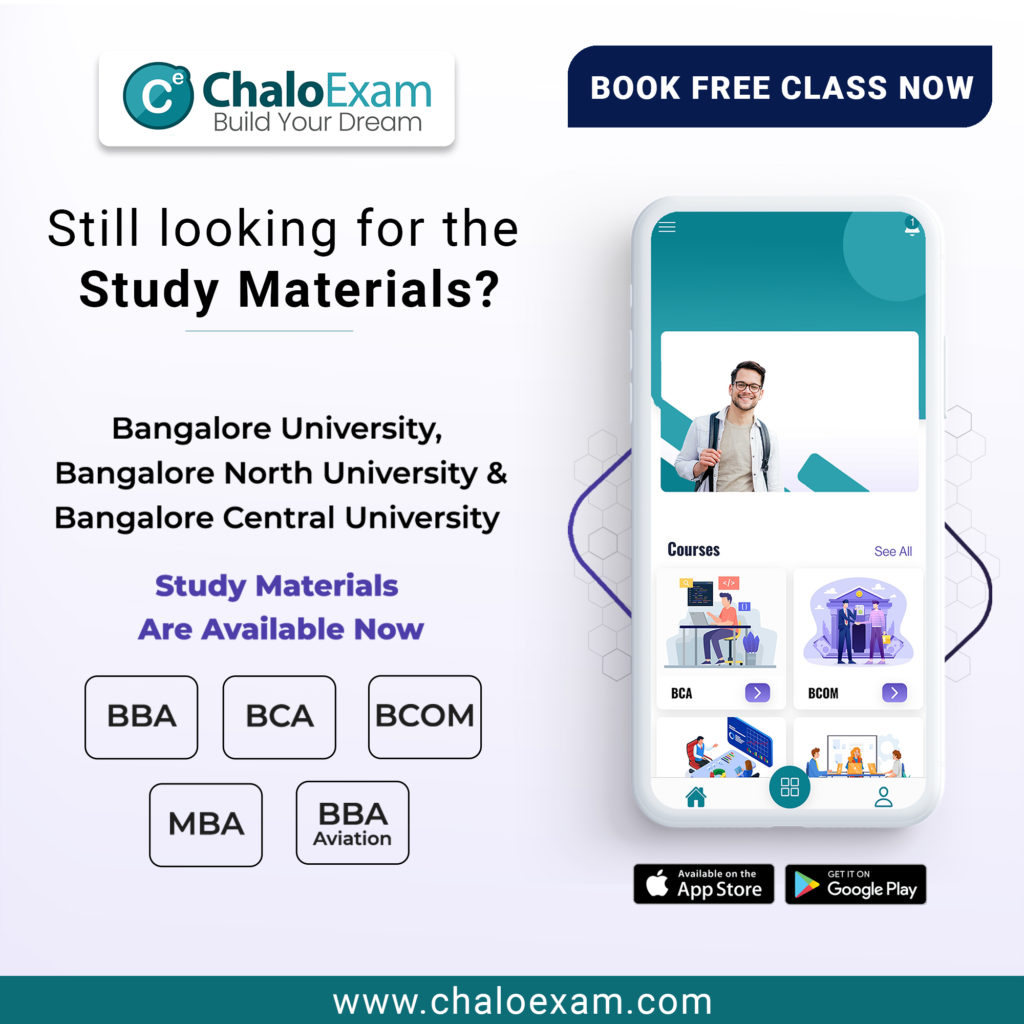